Califonia’s climate and soil conditions have supported the olive industry since the 1800’s. Early trees were planted for eating varieties but competition from low cost imports forced many orchards to be abandoned. Now, with the noted healthful advantages of olive oil, and the equisite taste of Californial grown olives are ranked by international taste test. California’s olive production is increasing and more trees are being planted for olive oil. 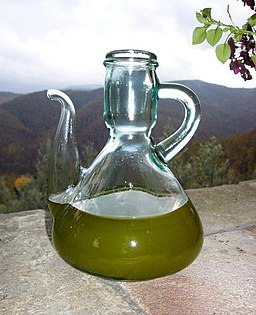 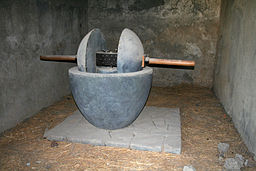 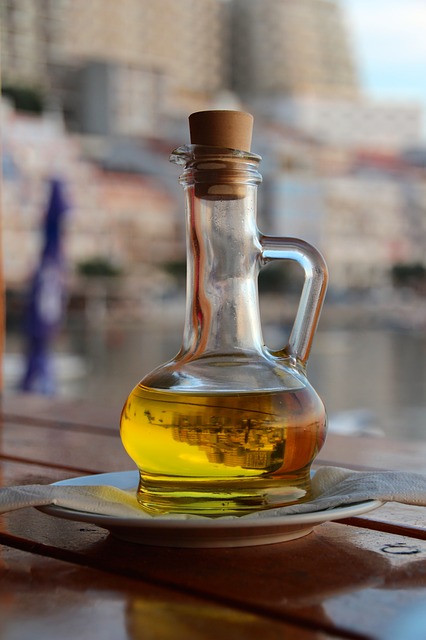 The olive tree is native to the Mediterranean basin; wild olives were collected by Neolithic peoples as early as the 8th millennium BC. The wild olive tree originated in Asia Minor in modern Turkey.

It is not clear when and where olive trees were first domesticated: in Asia Minor in the 6th millennium; along the Levantine coast stretching from the Sinai Peninsula to modern Turkey in the 4th millennium; or somewhere in the Mesopotamian Fertile Crescent in the 3rd millennium.

A widespread view exists that the first cultivation took place on the island of Crete. The earliest surviving olive oil amphorae date to 3500 BC (Early Minoan times), though the production of olive is assumed to have started before 4000 BC. An alternative view retains that olives were turned into oil by 4500 BC by Canaanites in present-day Israel.

In ancient Greece, athletes ritually rubbed it all over their bodies. Olive oil has been more than mere food to the peoples of the Mediterranean: it has been medicinal, magical, an endless source of fascination and wonder and the fountain of great wealth and power.

Besides food, olive oil has been used for religious rituals, medicines, as a fuel in oil lamps, soap-making, and skin care application. The importance and antiquity of olive oil can be seen in the fact that the English word oil derives from c. 1175, olive oil, from Anglo-Fr. and O.N.Fr. olie, from O.Fr. oile (12c., Mod.Fr. huile), from L. oleum “oil, olive oil” (cf. It. olio), from Gk. elaion“olive tree”, which may have been borrowed through trade networks from the Semitic Phoenician use of el’yon meaning “superior”, probably in recognized comparison to other vegetable or animal fats available at the time.

Recent genetic studies suggest that species used by modern cultivators descend from multiple wild populations, but a detailed history of domestication is not yet understood.

Many ancient presses still exist in the Eastern Mediterranean region, and some dating to the Roman period are still in use today.

Over 5,000 years ago oil was being extracted from olives in the Eastern Mediterranean. In the centuries that followed, olive presses became common, from the Atlantic shore of North Africa to Persia and from the Po Valley to the settlements along the Nile.

Olive trees and oil production in the Eastern Mediterranean can be traced to archives of the ancient city-state Ebla (2600–2240 BC), which were located on the outskirts of the Syrian city Aleppo. Here some dozen documents dated 2400 BC describe lands of the king and the queen. These belonged to a library of clay tablets perfectly preserved by having been baked in the fire that destroyed the palace. A later source is the frequent mentions of oil in Tanakh.

Dynastic Egyptians before 2000 BC imported olive oil from Crete, Syria and Canaan and oil was an important item of commerce and wealth. Remains of olive oil have been found in jugs over 4,000 years old in a tomb on the island of Naxos in the Aegean Sea. Sinuhe, the Egyptian exile who lived in northern Canaan about 1960 BC, wrote of abundant olive trees.

Until 1500 BC, the eastern coastal areas of the Mediterranean were most heavily cultivated. Olive trees were certainly cultivated by the Late Minoan period (1500 BC) in Crete, and perhaps as early as the Early Minoan. The cultivation of olive trees in Crete became particularly intense in the post-palatial period and played an important role in the island’s economy. The Minoans used olive oil in religious ceremonies. The oil became a principal product of the Minoan civilization, where it is thought to have represented wealth. The Minoans put the pulp into settling tanks and, when the oil had risen to the top, drained the water from the bottom. Olive tree growing reached Iberia and Etruscan cities well before the 8th century BC through trade with the Phoenicians and Carthage, then spread into Southern Gaul by the Celtic tribes during the 7th century BC.

The first recorded oil extraction is known from the Hebrew Bible and took place during the Exodus from Egypt, during the 13th century BC. During this time, the oil was derived through hand-squeezing the berries and stored in special containers under guard of the priests. A commercial mill for non-sacramental use of oil was in use in the tribal Confederation and later in 1000 BC., the fertile crescent, and area consisting of present day Palestine, Lebanon, and Israel. Over 100 olive presses have been found in Tel Miqne (Ekron), where the Biblical Philistines also produced oil. These presses are estimated to have had output of between 1,000 and 3,000 tons of olive oil per season.

Olive trees were planted in the entire Mediterranean basin during evolution of the Roman republic and empire. According to the historian Pliny, Italy had “excellent olive oil at reasonable prices” by the first century AD, “the best in the Mediterranean”, he maintained, a claim probably disputed by many ancient olive growers. Thus olive oil was very common in Hellene and Latin cuisine. According to legend, the city of Athens obtained its name because Athenians considered olive oil essential, preferring the offering of the goddess Athena (an olive tree) over the offering of Poseidon (a spring of salt water gushing out of a cliff).

The Spartans were the Hellenes who used oil to rub themselves while exercising in the gymnasia. The practice served to eroticise and highlight the beauty of the male body. From its beginnings early in the seventh century BC, the decorative use of olive oil quickly spread to all of Hellenic city states, together with naked appearance of athletes, and lasted close to a thousand years despite its great expense.