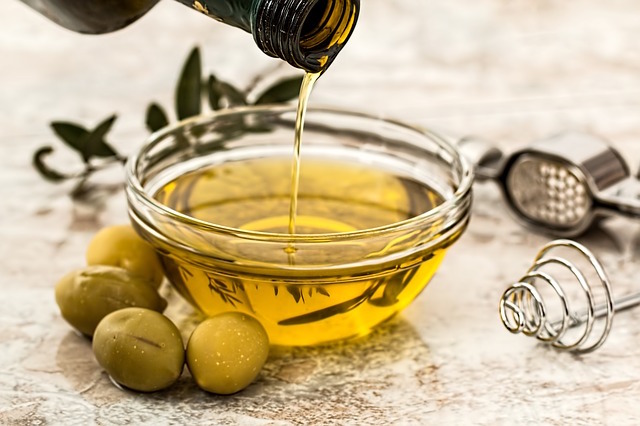 Olive oil is produced by grinding olives and extracting the oil by mechanical or chemical means. Green olives produce bitter oil, and overripe olives produce rancid oil, so for good extra virgin olive oil care is taken to make sure the olives are perfectly ripened.

The remaining paste (pomace) still contains a small quantity (about 2-6%) of oil that cannot be extracted by further pressing but only with chemical solvents. This is done in specialised chemical plants, not in the oil mills. The resulting oil is not “virgin” but “pomace oil”. The sometimes found term “first press” is technically meaningless as there is no “second” press.